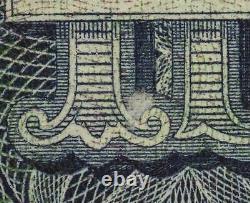 Described by the auctioneer as good EF. This early Australian ten shilling has superb paper quality, great colours and eye appeal. The ten-shilling denomination was not often seen in Australia prior to Federation, yet it was the very first denomination printed once Andrew Fisher's Labour government began issuing banknotes printed under the authority of the Australian Commonwealth Government in 1913.

"Be a great convenience to the public"[2]. While statements from others within the Labour movement pointed to the substantial additional revenue that the Commonwealth Government had been able to accrue once it assumed authority over the nation's paper currency. Objections to government intervention in the issue of the nation's circulating currency from Liberals pointed to the likely depreciation in purchasing power that was thought to ensue, as well as a general objection to perceived Commonwealth government interference in the finances of the states.

One of the more colourful objections to the introduction of a smaller denomination to our national circulating currency was voiced in a letter to the editor of Melbourne's Age newspaper on July 12th, 1913. One can imagine the sordid history of a ten-shilling note first cashed in some vile den in the slums. What a filthy experience it may have gone through. How depraved and disease-stricken may be the hands that have caressed it tenderly and parted from it with reluctance and regret.

Every doctor has had cases of sore hands and mouths which were suspected as contacts of contaminated paper. The risk of pollution from this source will be accentuated by the advent of the ten-shilling denomination.

What provision has been made, also, to quarantine notes that have passed through the fingers of Sydney people now stricken down with smallpox? So not only is a "Treasury" ten-shilling note vital to any collector of Australia's pre-decimal banknotes, but it also heralds the assumption of authority over Australia's circulating currency by the Commonwealth government. Beyond that, the Treasury ten-shilling note is the first note of this denomination issued by a government anywhere in the world. While there were at least 6 different varieties of Treasury series ten-shilling notes issued before the Cerutty Collins ten-shilling note with bold prefix and suffix letters in the serial numbers were printed, this particular type is the one that most collectors will encounter. It is far more readily available than the Collins Allen ten-shilling notes, which means it is the type most often chased by collectors looking for as attractive a representative note as their budget will allow. This particular note remains in crisp and original condition - remarkable quality for a circulating note that had real purchasing power close to a century ago. The paper remains firm and strong, each of the edges and corners remains clear and distinct. All of the original colours remain as-printed - the blues retains life, as does the orange in the centre of the front of the note. That always fades the longer a note spends in circulation. Once centrefold and two pay packet folds are evident, these do nothing to diminish the note's appeal. It remains a superior and relatively affordable example of Australia's first Commonwealth ten-shilling note.

Special Note: The 3rd image we've taken of this note shows that there is an extra tuft of fabric evident near the numerals on the right-hand side of the front of the note. At first blush, this looks to be a poor attempt at a repair of a hole in the note.

Curiously though, there is absolutely no evidence of a hole on the back of the note - it remains absolutely intact. Just what this extra tuft of fabric is therefore isn't clear - there is a very slight chance it was added to that section of the note in order to cover a patch of missing detail. As this extra fabric is far more pronounced than a (tiny) missing section of printed detail, we're not resolved on that as the appropriate explanation.

The seller is "sterlingcurrencyau" and is located in this country: AU. This item can be shipped worldwide.