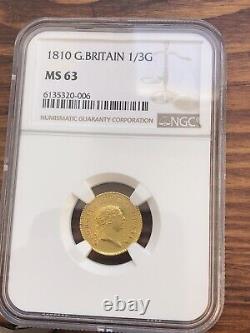 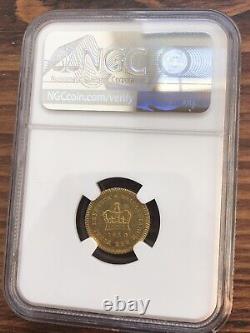 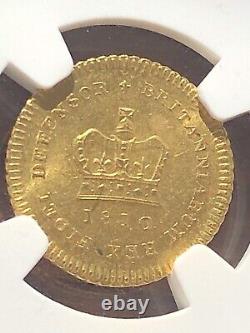 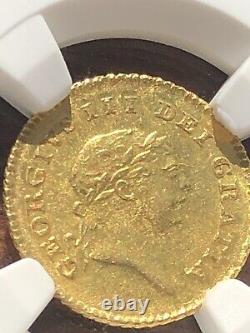 1810 George III Gold Third Guinea 1/3G - Certified NGC MS63, Extremely Fine. When it was introduced in 1797, during the French Revolutionary wars, the financial situation at the Bank of England was precarious: gold was in short supply and banknotes were given legal tender status in any amount. In order to pay the Bank's dividends it was decided to produce what at the time was known as seven-shilling pieces. Large crown, date below, legend surrounding commencing top, BRITANNIARUM REX FIDEI DEFENSOR, weight 2.79g Schneider 626; Bull EGC 879; MCE 460; S. EF grade with much lustre.

The abbreviated Latin legends translate as on the obverse "George the Third by the Grace of God", and on the reverse as King of the Britains, Defender of the Faith. This item is in the category "Coins\Coins\British\Early Milled (c. The seller is "pashi_48" and is located in this country: GB. This item can be shipped worldwide.